At DCT8 we help to build brands in relevant markets by creating exceptional bespoke content & advertising, and by bringing our media partnerships and our planning & buying expertise to the dissemination of content or advertising. We also specialise in bringing brands together through mutual partnerships, sponsorships and creative solutions that deliver outstanding results for both parties.

Project made for McLaren Automotive in the Automotive industry for a B2C audience.Working with our client we devised, created and fully produced McLaren Automotive’s first ever global TV ad and accompanying digital and press creative. As well as planned and bought the highly targeted European TV, digital and press campaign. A challenging campaign with the key objective of generating genuine ‘new to McLaren’ leads and with a secondary objective of creating brand awareness amongst a premium luxury audience. ROI was delivered through tracking every TV and digital lead from media channel to the local retailers. The media owners, a sample of which included SkyAdsmart TV UK, RTS Un and RTS Deux Swiss TV, BBC Top Gear UK, DE, SW and FR, Autoscout24.fr, mobile.de, Robb report UK to name a few were selected on their ability to provide a clearly defined audience and the option for first and third party data overlays as well as key word defined criteria and geo targeting within 150km of each McLaren Automotive dealer around Europe. The campaign created over 3 million video views, 15,000 CTR’s and over 500 genuine leads for the new McLaren Sports series. It also built key media partnerships developing editorial content for McLaren across the key European territories increasing overall brand awareness. In addition to the leads success, European web traffic to the McLaren retailer web-sites increased by over 100% during the 3-month campaign period. In addition to the traditional targeted media campaign we also proposed, created and produced a viral film of a McLaren 570S being built at the McLaren factory (MTC) which generated over 1 million video views amongst the key target market.

Project made for SEAT (VW GROUP) in the Automotive industry for a B2B / B2C audience.2015 was a pivotal year for SEAT Global with a great line of automobiles being created for market but with an historical poor perception of quality and reliability to overcome something special was needed for their European core media campaign. DCT8 created six short films about the Hidden Heroes working at SEAT in the key roles that create great quality, design and engineering. These multi edited films included five international voice overs, graphics and special effects for the five key territories were multi purpose for use on-line, cinema and social dissemination. The video content was also designed into off-line press advertorials for the key five markets and used in tandem with digital on-line ads, targeted commercial social campaigns to increase video views and engagement and increase on-line positive conversation about the SEAT brand. 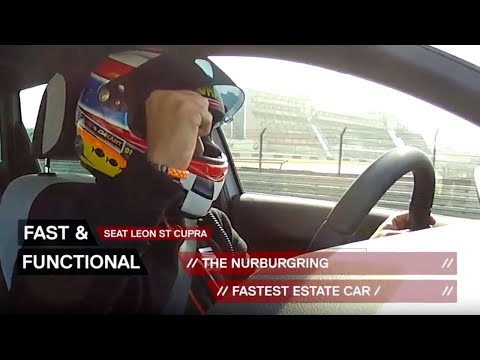 Project made for SEAT (VW Group) in the Automotive industry for a B2B / B2C audience.In addition to the Hidden Heroes European campaign it was important to continue the prime message of ‘performance’ amongst the SEAT target market. Working with the global client we devised, created and produced a video at the infamous Nurburgring race track in Germany of a worlds record attempt by SEAT in their new SEAT Leon Cupra ST. We created the video with an exclusive media partner (BBC Top Gear 24hr exclusive broadcast) which ultimately created over 2 million views amongst a key target market who could create a wider conversation and influence their peer groups. The video and accompanying story was featured on all of the of the core global motoring web-sites and social fan pages including the market leading Autobild.de, Jalopnik.com, pistonheads.com, caranddriver.com. As well over 75 global core web-sites it was also picked up by the key portals such as yahoo cars, msn cars et al creating a core audience over 23 million with an interest in motoring.